Save money with a Voice Over Internet Phone System

Communication connects us and drives business. Whether you’re working out the details on an important business deal or you need a quick answer from a colleague, you count on your phone systems to work when you need them. However, communication goes well beyond reliability. Modern features and potential cost savings make now the perfect time to review your current phone system for the future.

With advances in technology, modes of communication have dramatically changed in the 21st century. The internet, email, social media, and text messaging have all altered the way we do business. No longer are we limited by geography to communicate effectively. Instead, friends, colleagues, and potential business partners are all available to us within seconds, thanks to modern technology.

What is VoIP, and how does it work?

VoIP stands for Voice Over Internet Protocol. In simple terms, VoIP uses the internet rather than copper wire used by analog phone systems to transmit phone calls. With traditional phone systems, you lose calls if phone lines are down. However, with VoIP, calls can be routed to another number, such as a mobile device, if your internet is down. Additionally, VoIP makes remote working easier because it is with you wherever you and your computer or mobile phone are.

Though VoIP has been around for decades, it has seen a surge in mainstream use in recent years. Contributing factors include reliability and accessibility of the internet, affordability, and convenient features not available on traditional landlines. Advanced technology has quashed previous misgivings about VoIP, which has led to more and more people embracing the many benefits provided by the modern form of communication. 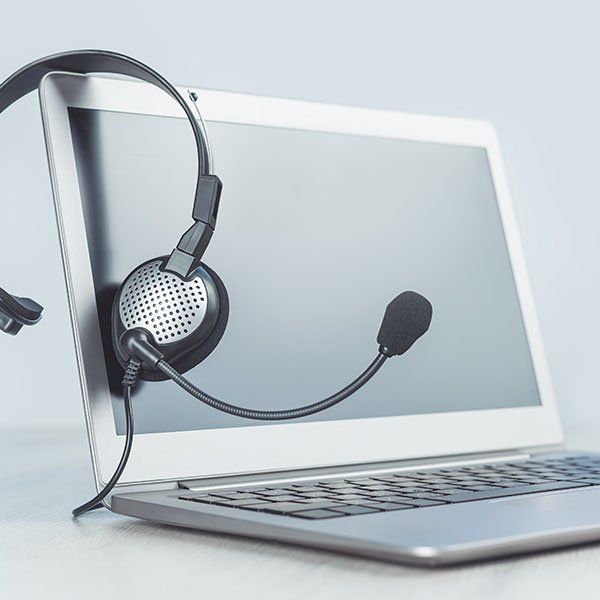 The advantages of VoIP are abundant. From advanced features to seamless access from multiple devices, VoIP reigns supreme over your antiquated landline. VoIP has everything your analog phone system has and more, all at a lower price! If you’re looking to propel your business into the future, there is no better time to upgrade your phone system to VoIP. Voice over internet solutions are more scalable for growing companies, and they are the preferred phone system for businesses that rely on long-distance or international calls.

What’s more, they also taut some great features such as video calls, call logs, and audio or video conference calls.When employees are on vacation, you can forward their calls to other team members or send voicemails to email to review while away. If your employees spend time both in the office and remote, VoIP systems can be set up to ring a few times at their desk and then their mobile device or laptop to allow for more answered calls, no matter where they are. Whether you work alone, manage several team members, or have multiple locations with hundreds of employees, Enegren can design a system that improves communication and collaboration with your team and clients, no matter where they are in the world. Contact us today to find out how your business can benefit from a cutting-edge VoIP system.

Need More Information? We can help!